On 16 June 2012, the Second China’s (Yunnan) Overseas Investment Seminar was held in Kunming, jointly organised by the Academy of Commerce of Yunnan Province, Yunnan University’s Great Mekong Sub-region Study Center and Oxfam Hong Kong. The main topic was ‘The Relationship between Enterprise and Society’ and the overall aim of the seminar was to facilitate dialogue among scholars, businesses people, and NGO representatives on corporate social responsibility (CSR) in outward foreign direct investment (OFDI). 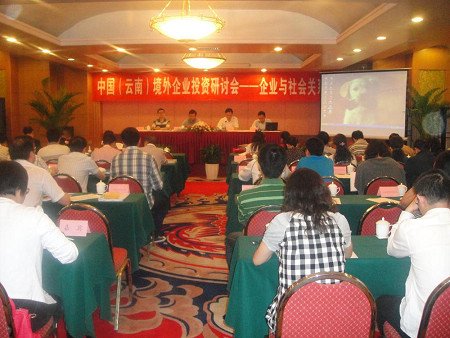 Since May 2011, when the ‘Opinions of the State Council on Supporting the Accelerated Construction of Yunnan Province as the Important Bridgehead Opening to the Southwest’ was issued, more emphasis has been placed on foreign investment. Yunnan’s investments have increasingly influenced the local economic and social development.

Over 50 delegates attended the seminar, including scholars from the Yunnan University of Finance and Economics and Yunnan Agricultural University, representatives of OFDI enterprises, and several NGO workers.

Constructive suggestions were put forward on how to improve OFDI enterprises’ operations and how to increase understanding about CSR in the business sector and in the general public. Many business representatives agreed that enterprises should stress equality when dealing with local labour issues in order to achieve win-win situations. 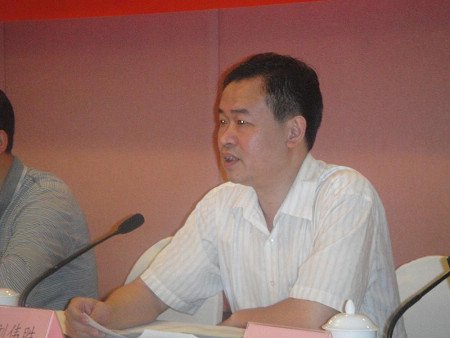 Weisheng Liu, Dean of the Academy of
Commerce of Yunnan Province,
delivered the opening address.

Weisheng Liu stated that in 2011, there were 28 newly approved OFDI enterprises in Yunnan; “investors have invested in 77 overseas enterprises in 15 countries and regions, and with an increase of 20.4 per cent from last year, the cumulative OFDI reached 570 million RMB, ranking tenth in the country and first in western China. The investment has greatly contributed to the economic development of Yunnan, Laos and other countries.”

Professor Guangsheng Lu discussed business ethics and corporate social responsibility. In his presentation entitled The Relationship between Enterprise and Society, he pointed out that CSR is based on companies’ rights and obligations. He suggested ways to achieve best practices, using operational examples of CSR by Yunnan’s OFDI enterprises such as Sinohydro Group and Gezhouba Group in Laos and other neighbouring countries. 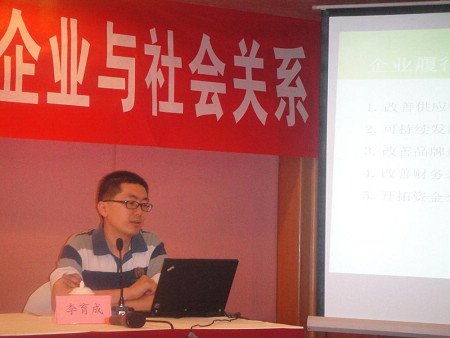 The impact of agricultural foreign investment on small farmers has always been a main focus of Oxfam Hong Kong’s advocacy work. From the perspective of poverty alleviation and sustainable development, Oxfam Hong Kong’s CSR Programme Officer Yucheng Li advocated that Yunnan’s OFDI enterprises should actively meet China’s most up-to-date CSR requirements. He also stressed that enterprises should refer to national and international laws, regulations and guidelines about agricultural investment, and should develop experience in CSR.